How To Set Rat Traps – Rat Trapping Tips and Tricks

Learn how to set rat traps quickly and effectively.  It’s a little more complicated than using a wooden trap with cheese.  Don’t just set a trap and hope for the best, follow these rat trapping tips and tricks and win the war against rats!

Rats are smart creatures.  They learn fast and are very suspicious of their surroundings.   Trapping rats can be difficult if the right procedure is not used.

In order to trap a rat, it is important to know the steps involved to trap it successfully.   Setting the rat trap is not the first step, outsmarting the rat is.   If you can’t outsmart the rat, setting the trap is useless.

When trapping rats, most people think that any old rat trap will work.  Not so.  If the rat you are trying to snag is smart enough, then no trap will work.  Rats have evolved from millions of years of learning how to survive.  Don’t think for a second that they will simply walk into a trap because you set it down in the perfect spot, or that it’s going to be easy because the directions on the trap said so.

Picking the right trap for the situation, knowing how to use it, and developing a trapping strategy are the first steps in learning how to trap rats.  If you follow a basic plan of attic, then your war on rats will be swift, and they won’t stand a chance.

Step #1 – Understand How a Rat Thinks

The very first thing to consider in learning how to set a rat trap, is that rats know everything about their surroundings.  That means if something has changed or something has moved, the rat knows it.  Rats are also very territorial, just like dogs and will mark their territory with urine and fecal trails.  Rats territories can be hundreds of yards in length.  A single rat can terrorize an entire neighborhood.

Rats are also social, there can be sort of a rat “hierarchy.   Some rats are considered “Alpha” or dominant rats while others are considered “B” or submissive. This is important to know because trapping “B” rats is usually easier than trapping “Alpha” rats.  One of the most difficult rats to trap is the older wiser “Alpha” rat that has a learned behavior to avoid traps.  The younger more curious rats are the ones that get caught first.

In suburban areas, it is said that rats outnumber humans.  To make matters worse, in recent years, a lot of cities and municipalities have cut their budgets on rat control and moved that money into controlling mosquitoes and other vermin.  The rat populations in our cities have literally exploded in recent years.

Understanding how a rat thinks will help give you a better understanding of how to initiate a trapping program.  A trapping program?  Yes, because learning how to set rat traps requires more strategy than baiting and loading it.  It’s a systematic approach of making them feel safe, teaching them where the food is and using the correct trap.

There are many differences in traps for rats.  Some traps are for inside use, others are for outside use.  Some traps simply “snap” them to death, others electrocute.  Some rat traps can capture rats alive, others can actually strangle them.

The thing to remember about finding the perfect rat trap is this – what is the perfect trap for your situation?  If the trap is to be used indoors, then don’t use a wooden spring loaded trap around children and pets.  Raticator and other electric rat traps are not for outdoor use and not weather resistant.  Rain and moisture will ruin them.  Live traps are great for outdoors, but not for attics due to heat and cold.

Determining the best rat trap for the particular area is critical to ensuring success.

Once you have carefully determined the right rat trap to use, the next step is to start pre-baiting it.

Step #3 – Give Rats Food They Will Eat

Placing food on a rat trap is not difficult.  But don’t expect the rats to instantly go for it.  Finding food that rats will eat might be a challenge.  That’s because if they already have a steady food source, they might not take the bait on the trap.  In fact, getting them to change food sources might be difficult.

It’s really a matter of food preference and instinct.  That’s because rats natural instinct is to be suspicious of anything.  If the rats have a steady diet of the seeds and nuts provided by a nearby bird feeder, they might not be interested in the piece of cold cheese placed on a trap.

Fortunately, rats will eat just about anything.  Rats have been known to eat lead coating off of wire cables, gnaw through cement and eat practically anything they can find.  They will even eat each other!  So if food they really like is placed on the trap, say a piece of raw chicken, trapping might just be a breeze.  But what if they don’t eat the chicken?  Experiment to find what rats will eat.  It’s the only way to begin trapping.

There are several professional lures such as JF Oakes Professional Rat and Mouse Lure and Bell Provoke that are available for professional trappers.  I highly recommend these lures when trapping rats, but any suitable food source will work.

Here is a small list of foods that rats will eat –

What makes a rat want to go into a brand spanking new rat trap?   Nothing.  In fact, a new rat trap is difficult to get a rat to enter.  Younger more curious rats may enter a new trap without much hesitation.  When trying to trap older “Alpha” rats, it can take some time and some patience.  This is where the strategy begins.

A big factor in rat control is that most rats are easily conditioned to their surroundings.  If something changes in the rats environment, the rat knows it.  If something new is placed, if something moves around, almost any changes, the rat is aware.  This applies to both Alpha rats and submissive rats.  The first rats to check out new “objects” are the curious rats, which are usually young.

When a rat trap is placed into their environment, the older and wiser “Alpha” rats are usually trap “shy”.  This means that they just won’t go near the trap or they have a learned behavior to avoid it.  This happens when traps are improperly set or the rat takes the bait and gets away.  In many cases, these older rats have been injured by traps.  This also contributes to their “trap averse” behavior.

The only way to overcome trap shyness is to put bait in an unloaded trap.  This is called “pre-baiting”.  Providing continuous food in an unset rat trap will teach the rat to trust the trap.  This makes trapping rats much easier.

To pre-bait effectively, rat traps can be either left in the closed position or better yet, wired open so that they can’t close.  Let the rat feed at the trap numerous times and when you feel that the rat has no problem taking the bait, unwire and set the trap.

At this point, you probably feel like you ready to start trapping.  But before you set the first rat trap, you need to know where and how to place it.

Tips for setting a rat trap –

If you follow these 5 simple rules for trapping rats, your job will much easier.  Pre-baiting is the key, using the correct rat trap for the area is critical.

Once trapping begins, it is important to check them daily, and to replace the food or lure BEFORE it becomes rancid.  Remember rats are very adaptable to their environment and once they learn where the preferred food is, they will make it their primary food source.  So if the the traps are pre-baited properly and the food is fresh, the rats will feed often.

Disposing of dead trapped rats – Make sure that you handle rat traps with disposable gloves.  Hold the rat trap and unhinge it releasing the dead rat into a small plastic garbage bag.  Next, tie up the bag tight and dispose of it in the trash.

If a rat is captured and the trap is not checked for a period of time, you will have to deal with odors and possibly flies. Dead rats in at attic will begin to smell in a few days.  Flies are attracted to dead animal odors and the smell can be gut wrenching.  For this reason, I recommend checking indoor rat traps at least every other day. Checking them less often outdoors is up to you.

About the Author: Ron Dawson

Ron (RJ) Dawson is an A.C.E Certified Entomologist and a Texas Pest Control Certified Applicator. He founded ePestSupply in 1997 and has been involved in his family's pest control business since the early 1980's. Ron is also a previous National Spokesperson for Spectracide Terminate and has served on the Texas Pest Control Association Board of Directors. 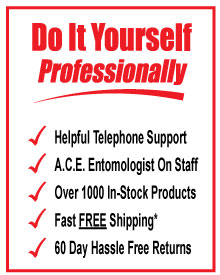